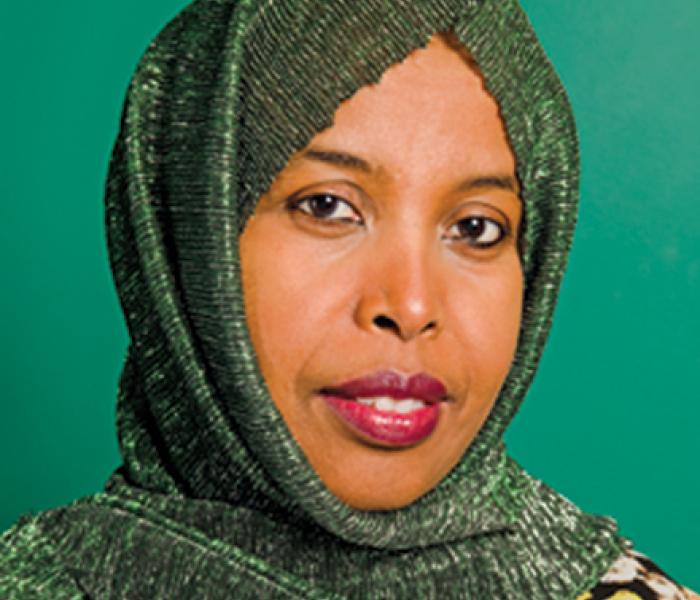 Ubah Jama has served families and children in the St. Paul Public School District for 18 years. She has worked in a variety of roles helping immigrant families understand the educational system and make cultural adaptations in order for their children to be successful. In 2009, she earned her bachelor’s degree in education from Concordia University and became a licensed teacher for kindergarten through the sixth grade.

Ubah married Hussein Samatar in 1994, and they have four children. They worked together to form the African Development Corporation, and helped that organization grow until his death, from cancer, in 2013. Since his death, she continued her commitment to ADC, and has served on its board.

She has been an active parent volunteer in the Minneapolis Public Schools for more than fifteen years, and has served the community in many other ways. She served on the Site Leadership Team at Seward Montessori School, and has been a volunteer for Portland Place Homeowners Association, Abu-Bakr Mosque, and Brian Coyle Community Center.

She is fluent in English, Somali, and Arabic.

Board and Loan Committee Member

Board and Loan Committee Member